BEAUTY AND THE BEST

Even though they have just come out, the three big hypercars (Porsche 918 Spyder, McLaren P1 and Ferrari LaFerrari) seem already overtaken. In Sweden, a brilliant manufacturer keeps defying famous companies. After being a leader in the world of supercars and hypercars, Koenigsegg has gone to next step, the one of the megacar, by creating the One:1 with an insane hp to kg curb weight ratio equal to 1 !

The One:1 was an idea that came from an Asian distributor. Clients wanted a more extreme Agera R and the Koenigsegg crew accepted to take on the challenge. Koenigsegg wished the One:1 to remain a very limited production although he asked the permission to produce two more cars : one for the United Kingdom and another one for Germany. The prototype will also be sold, to a client from Monaco, taking the total production to seven cars. We were invited to meet Christian von Koenigsegg and visit the factory last September. An honour and a huge pleasure, especially considering that this is an exclusivity for France…

Compared to an Agera R which is sold at $1.6 million, the One:1 costs $2.8 million. This is justified by the fact that the production takes more time compared to the Agera and all the added aerodynamic parts. Also, with a very strict limited production, there is no doubt that the One:1 will be a huge collector in the future. Therefore, it is no surprise to know that 15 clients asked for this model…

To the question “what does One:1 mean ?”, the answer is the hp power to kg curb weight ratio equals 1. Aesthetically, the difference between an Agera and the One:1 is mostly set in the active aerodynamic features of the One:1 among which we can list the unique track optimized aero winglets, the extended venturi tunnels and side splitters, the Le-Mans inspired active wing configuration and the optimized active undertrim air management. This car is not only a beauty, it is also a beast ! But also very modern since aerodynamic components can be managed from your own cellular phone ! Dihedral synchrohelix doors have made the legend of Koenigsegg cars and are parts of the legacy so it is natural to find them. However, and for the first in Koenigsegg history road cars, the roof is fixed. No targa this time !

Koenigsegg reaches perfection and this goes with the total absence of plastic. You will not find any plastic inside the One:1 or any other Agera in fact. In the centre of the dashboard, you can see the Ghost Light solution where everything is managed. Another novelty is the seats. They use a material shared with Nasa in order to save weight. The complete seat with seatbelt only weighs 9,8 kg. Of course, like every Koenigsegg coming out of the Ängelholm factory, the Ghost – symbol of the Swedish Air Force – is painted inside the car.

It is hard to realize that a manufacturer producing around 15 cars a year is able to create its own engine. Well, Koenigsegg does ! Since the CCX, Koenigsegg uses an in-house developed V8. Similar boutique manufacturers do not do this; Pagani uses an AMG V12 and Donkervoort an inline 5 cylinders from Audi. Not only did they build their own engine, they built THE BEST engine. Passing Euro VI emission levels, the power goes up to the astonishing value of 1 MW with the E85 module ! This was the first time in Germany that a car so powerful was homologated. German TÜV tests were not designed to managed so much power.

The 5-liter V8 is derived from the 4.7L and was created for the CCGT before being modified and turbocharged for the Agera. The two twinscroll turbochargers come from an American company called Precision. The turbo pressure is 1.8 bars. The crazy thing about this engine is that is behaves like a normally-aspirated V8. No turbo lag and a full power output at 7.500 RPM, when the redline is at 8500 RPM. The torque is set to 1.371 Nm of which 1.000 are available between 3.000 et 7.500 RPM ! Massive use of carbon fibre enables the V8 to be the lightest in its category with a total weight of only 197 kg. As always, the engine is signed by the motorist. To the people who believe that the direct injection is a problem, Koenigsegg proves that MPI is still good for homologation. This benefits the sound of the engine, as it is absolutely awesome !

The transmission is another masterpiece. Since the Agera MY2013, the gearbox is a double-clutch. Actually, the Cima gearbox has always been in this type of configuration since the first Agera produced, however only one clutch was used. This gearbox has internals that have never been seen before. It is only composed of one shaft for lightness and has both dry and wet clutches. The response time is only of 30 ms ! The gearbox weighs 81 kg which is the traditional weight of “small” gearboxes. You cannot find any lighter gearbox capable of managing 1.500 Nm of torque. As other recent sportcars, the differential is electronic. The E-diff is incorporated into the gearbox and its efficiency cannot be reproached, however, as purists we still prefer an old-school mechanical differentials…

The One:1 is based on the Agera but the chassis is much lighter (-20 kg) thanks its new monocoque carbon fibre construction. The total downforce at 260km/h is 610kg (just like the McLaren P1) and at 440km/h, it goes up to 830kg! A value that has never been seen before. The active chassis can either be lifted or lowered for track or road use. The most impressive characteristic of the One:1 is this: it can be used as well on the street as on the track. If you want a daily car, the One:1 is comfortable and easy to drive. The Triplex Suspension removes any body-roll. It is composed of two Öhlins dampers and one horizontal bar. The grip is insane compared to the power that is unleashed on the rear wheels.

Koenigsegg has a partnership with Michelin for the use of specific tyres. The Swedish company decided not to have the exclusivity of Michelin Cup tyres so it can be used on any other car. To avoid any risk of breaking, the wheels are made of carbon fibre. Extremely light, their lightness equivals to a gain of a hundred horsepowers.

With the speeds it can achieve, the One:1 requires powerful braking. This is not something new for Koenigsegg as they already have a couple of braking records with the Agera R. The One:1’s brakes are even better so it lets you imagine how well the car can stop! With a homologated weight of 1.360 kg, the One:1 is no heavier than a Ferrari 458 italia or McLaren 12C, much less powerful cars. And who can forget not mention the Bugatti Veyron with its 1.900 kilograms weight… No, the One:1 is definitely in another galaxy…

INTERVIEW WITH CHRISTIAN VON KOENIGSEGG
Spending the day at Ängelholm and a couple of hours with Christian offered us the possibility to interview the Koenigsegg people. If you don't read french, do not worry, the english translation is available on the same page. You should be able to learn a few things about the future of Koengisgegg AB after reading this interview...…
> Read more

Beyond pure performance and astonishing power, the Koenigsegg One:1 is a technologic showcase that proves what Koenigsegg is capable of doing. It is not only the fastest car in the world, it is also made to be used every day, just like any other car. Taking this requirement into consideration has not even altered the weight of the car and its abilities on the track. The perfect sportcar? probably yes even if we find that there is maybe too much electronics on the inside… 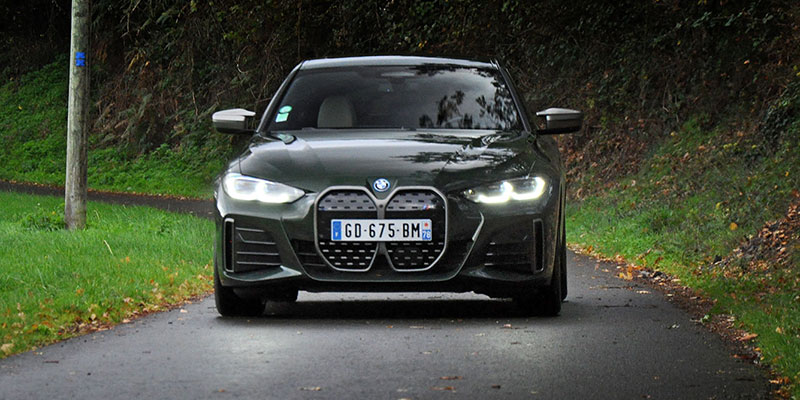